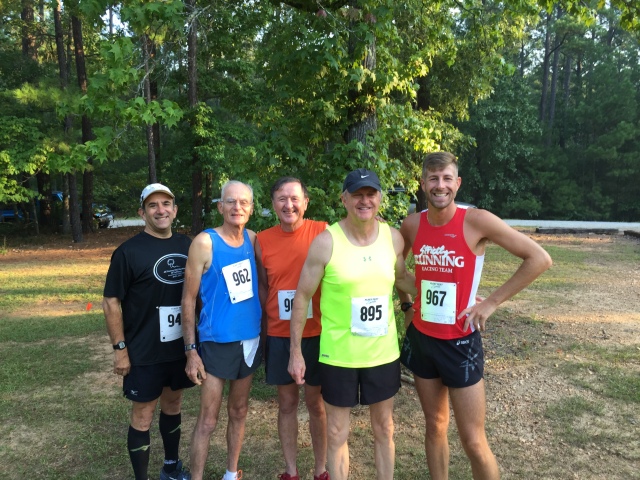 The Silver Fox 5k has been around about 6 years, starting out as a cross country/trail race in Saluda Shoals. This year they switched the venue to Harbison State Forest, with a completely unique course. Proceeds go to benefit Dutch Fork’s cross country teams.

I’ve done most of the Silver Fox races, partly because its fun to do some trail races for a change, and partly because of some sense of loyalty to Dutch Fork – they are CRC supporters and my brother ran on their CC team in the mid 90’s.

I heard about the switch to Harbison and immediately fear overtook my dark, Sasquatchian heart. Ms. Harbison and I have a very difficult relationship. Besides leaving me bloodied on training runs, Harbison’s Xterra half marathon  left me shirtless and delirious on a hot summer day back in 2012. I also flopped across the finish and collapsed on the grass back in 2011 in the Xterra 5k, looking like hooked fish on a dock.

Its also been well documented that I officially suck on trails. I couldn’t really tell you what Harbison forest looks like, since I have to spend all my time staring at where to put my giant flippers so that I don’t bust my ass. That doesn’t always work either. At least I’m not like the Pale Beast. That dude can’t set foot on a trail without courting major trauma. Kenneth followed in the family tradition last year by crashing out and having to go to urgent care. I seem to recall a bloodied Colleen pic somewhere too. These guys were not meant for off-roading.

I had zero confidence going into this race. The Springdale 5k made me realize how much an injury layoff can trash your fitness. So what better than to throw yourself into a trail race that has left you bloodied and hurt before. Sounds legit.

I got there my customary hour early and looks like mostly kids, though we had a decent CRC contingent. Plex was there to try and capture the win for us old folks. Harry Strick, Mike Nance, Tom Beattie, Arnold Floyd, Henry Holt, Rocky Soderberg, Pete Poore, Stephanie Dukes, Mario and Jennifer Tudor, Brigitte Smith, Breck Bowen and Dina Mauldin are some of the tour regulars. I don’t know many of the kids, but Adam Bernthal, Bri Hartley,  and Margaret O’Toole  are some familiar faces. And no Brandenburg! Things were looking up.

Again, I have no idea what the course will be like. Dan Hartley , the new Silver Fox RD, posted the route but I get lost instantly in Harbison. He assured me the course was well marked. I did see it included part of Spider Woman II, so I knew that was no picnic.

The start was the usual for any of the Harbison races – up a steady gravel road to another parking lot, then into the woods. Pretty heavy traffic in the early going. Michael Nance was just ahead and some 30 something dude blasted by me towards the front. Whatever, dude – have at it.  I think the first mile was on the Eagle trail and connector towards the Midlands mountain and Spider woman, but dont hold me to it. I’m no Rick Stroud or Dean Schuster. I was just trying to hold a decent pace and not wipe out. There was a bottleneck at one point where a low wooden barrier guarded the entrance road against the trail. I jumped over it like a boss and got mocked by some teens nearby. Do not taunt the Sasquatch in his natural habitat. They got left for dead. I hit the first mile in 7:30. Not blazing, but given my less than optimal trail agility, I’ll take it. Soon afterward I found myself in the midst of a bunch of teenage girls – I think the Steger twins from Dutch fork and a few others. All I knew is that I was second in this pack and some tiny girl in front of me was going to get flattened if she made one false move. She was motoring but was sucking some serious wind, and eventually started to slow as we hit some major hills. I’m assuming some of this was Spider Woman, but hell if I know. This poor girl was probably being traumatized by having some hairy beast breathing down her neck, but damned if she was going to give up her position. These cross country girls do not play. I finally saw an opening and broke into the woods like a rabid albino bear, high stepping over all kinds of branches and junk and still had to cut this 80 pound maniac off. Between the conga line, hills and bushwhacking my own trail, mile 2 came back in 8:03. Yikes, better pick up the pace. At least some of the course seemed vaguely familiar now as we headed back home. I will say Dan had every turn very well marked, with a bunch of volunteers covering the really tricky sections. Harbison has been notorious for misdirects so I’m glad this was covered. Mile 3 was mostly on my own, but I kept seeing Nance up ahead. I figured this must mean I’m doing great because Mike’s been hitting low 18’s most of the summer with the Team Utopia training. And I was slowly reeling him in. Especially when he hit Schuster hill, site of the epic duel in the woods from Make my Day earlier this year. But this time it was not to be. Somebody blew my stealth cover at the top of the hill and Nance kicked it in once we hit the flat tree-lined trail section afterward. Finally we hit the open field finish, with a short track like lap before hitting the chute. I rolled in at 23:39.

I thought I had placed pretty high, but it turns out all the kids were so far ahead I didn’t see them. Ended up  19th overall, though 5th if you only consider people able to legally drink a beer. And first in age group!  I thought I had masters wrapped up, but damned if Bob Daley didn’t show up and whip my tail. Bob crushed a sub 19 at Sweat it Out and foiled my masters points there too. Oh, and Mike ran the headlamp loop with the Harbison crew at 5:30 am, so he was over 9 miles in at the start. And,  “wasn’t trying that hard”. Damn you, Nance. And one more ego hit – the girl holding me off for a mile was 11 years old, and crying at the finish.

In the age groups, Nance and Mario Tudor went 1-2 in the 35-39. Bob Daley easily won the 45-49. Tom Beattie won the 50-54 by showing up. Pete Poore and Harry Strick claimed the 60-64. Arnold Floyd, Henry Holt and Rocky Soderberg swept the 70+. Brie McGrivevy took the 40-44 but paid for it with a Harbison induced avulsion fracture. Sorry Brie, at least you gave Tom Beattie a scare. Brigitte Smith won the 65-69. 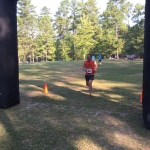 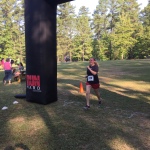 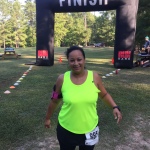 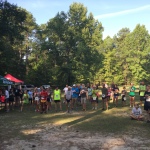 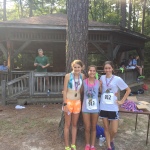