The Fallen Firemen 5k is a first year event in Lexington put on by Eggplant Events to support the Jeffrey Vaden Chavis House  at the Burn Center at Doctors Hospital in Augusta, GA.  Jeff was a Lexington County fireman who lost his life from burns suffered in a house fire in 2001. The House was set up in his name by the Chavis family to help other families have a place to stay while their loved ones are undergoing treatment at the Burn Center.

This race was a late addition to the Tour de Columbia, but I was planning to do it anyway because of the good cause. It was originally scheduled for October 3rd, which ended up being the first day of the 1000 year, Biblical flood of Columbia, so it got canceled. They rescheduled for the 17th, which was the day of the Sumter Tri that I had been training for all summer. Then that got canceled too, and the Race for Life (which I try to do every year) got postponed to January. So by multiple twists of fate, I ended up still doing this race.

Though I was glad to be able to do a race that I had already paid for, this course had me scared. I had to reach way back in the Blue Shoes mental archives, but I distinctly remember the old, now defunct, Lexington Kiwanis 5k.  I did the last year of the event in 2010 , and it stands out as one of the smallest races I’ve ever done. There were maybe 25 people there. I ran out hard from the gun in a misguided attempt at the trophy hunter’s holy grail, the overall win. I died a million deaths in the mountains of that course, and everyone had slow times. I couldn’t catch future Run Hard marathon director Jesse Harmon, though I did pull an epic blue shoe of Amy McDonough (now Kelley) to take second. I think everybody ended up winning an age group medal in the race and I distinctly remember the last place finisher taking female masters.  Google is a wonderful thing :

The Firemen 5k pretty much mirrors that course, and actually is the same one as the Patty Packs 5k in December.  That’s a newer race I’ve yet to do, but the consensus about the course sticks out in my mind from the CRC newsletter: absolute sufferfest. Oh well, at least everybody else has to run those hills too. 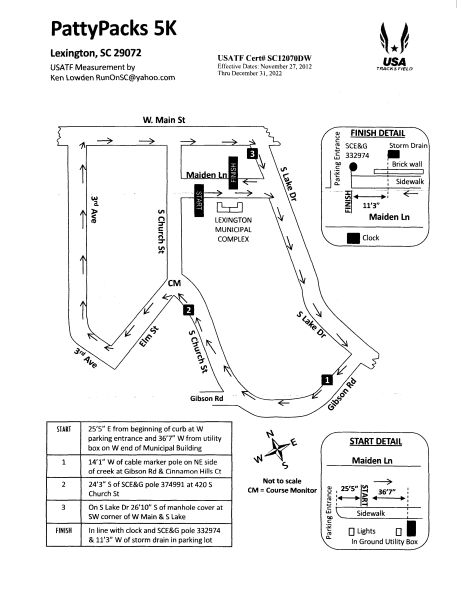 Not a huge crowd but a good turnout for a rescheduled first year event.  As some kind of karmic retribution for the rainout, the weather couldn’t have been more perfect. Cloudless and about 50 degrees. The first cold-ish race of the year. The Yerg was already there and we did a couple of miles on the middle of the course, which was taking the wind out of me at 9 minute pace. Awesome, cant wait to do this at my 1000% race effort.  We get back and its looking good for the Yerg’s overall trophy chances. I don’t see any of the big dawgs – no plexes or bishops or ashtons.  Leeds Barroll, Pete Poore, Alex Ponomarev, Kristin Cattieu, Shelley Hinson, Pam Griffin, Brie McGrievy, Maria Huff, Rocky Soderberg, Peter Mugglestone and Brigitte Smith were all on hand. Rob had raced the Hump Day 5k on Wednesday and the Hoka Oktoberfest 3 mile run the night before, but his chances were still looking pretty good. There was one kid that looked pretty fit but that was about it. Then all of that went crashing down when Jason Dimery showed up last second. Dimery has a habit of barely making it to the start line as the gun sounds, and I remember him winning the See Spot 5k a few years back showing up about a minute late. The Yerg would have to wait for another day to get his glory.

I had no time goal with the brutality of the course, save maybe to avoid the blackjack (21 minutes) and having to endure Trophy mocking me for months. Oh, and don’t get Kristinned. She had already crushed me in Tri the Midlands earlier this summer, and I wasn’t too keen to have that get repeated, despite my tri-ineptitude.

The start was super fast since you go out flat then plunge down into a valley on South Lake Dr.  It seems almost every 5k has that couple of kids who go hauling ass out of the blocks only to crump about a quarter mile in, and this race was no different. I had to pull a couple of Leonard Fournette moves to avoid these dudes getting hit by a Blue Shoed Bus. This maneuver then got me forced to squeeze between the two kids running with flags in honor of the fallen firemen. Classy move, Sasquatch.

Dimery had already crushed the field by the time we reached the first monster hill, followed by the high school kid and the Yerg. The first half mile was mostly downhill, but guess what, time to make up all that elevation gain right away. Brutal long slog all the way to Gibson Road and the mile marker. I hit it in 6:36, probably the average of my 6 min pace screaming down into the valley and 7 minute pace trudging back up. While Rob had left me for dead in the distance, 2 fit looking dudes were just in front of me who I’d never seen before. I couldn’t tell but they were looking kind of age groupy. I needed to latch on lest one of these randoms take my precious trophy – there was Dimery, the fast kid and Yerg ahead of these guys, so masters was still up for grabs. Unless one of these dudes was 40… oh hell no. Luckily I was gaining on them without surging, and by the time I reached them near the halfway point, they seemed pretty gassed. One of them jumped on my back for a while after I passed, but I surged on the next hill and left them. These crossfit guys sure hate getting Sasquatched.

Did I mention hills? Sweet baby Jesus mile 2 sucked. My Garmin readout makes it look like a couple of bumps, but rest assured South Church Street is a veritable mountain range. Total roller coaster. The worst is the slog leading up to the mile 2 marker. While I had been feeling pretty good, the last hill on Church had me praying for mercy. In the fog of my oxygen-deprived brain, I noticed the Yerg was getting a wicked case of the bonksies and I was slowly gaining on him. Maybe the three races in four days had left him ripe for the picking? Would there be another Stomp the Swamp epic blue shoeing?

Mile 3 had to be relatively flat, so I started to ramp it up some. Mile 2 split was an identical 6:36. Unfortunately the Yerg glanced back at the turn onto 3rd St and my stealth stalking cover was blown. Damn. I tried to redline it some more but the mountain range had given me a sucker punch to the lungs. Nothing left. I spent the whole last mile completely alone with nothing but the jackhammer beat of my heart and death gasps from my lungs to keep me company. That, and the paralyzing fear of crossfit guys or Kristin blue shoeing me along the way. One last little bump on to Main Street and I managed a weak kick on fumes. Yerg was painfully close but I had run out of real estate. I rounded the last turn and crossed in 20:37.  4th overall, 1st masters.

Definitely not happy with the time, but I figure this course adds 30-45 seconds from a flat course. Not the most brutal, but close. The Lexington Jingle Bell still reigns supreme for 5k sufferfests. I’ll take first masters any day though. Nice plaque for masters and top 3 overall. Beer glasses for the age groups!

Jason Dimery crushed a 17:23 to take the win. That’s sub 17 easy on a flat course. John Kaminski was the “fast kid” who finished 2nd. He may be the guy who won Tunnels to Towersa month ago. Third went to the Yerg – got me by 19 seconds to avoid the shame of getting Sasquatched. Kristin did win the women’s overall in 23:56 followed by Shelley Hinson. A tiny 8 year old, Ashalyne Fietkau, took 3rd in 25:47, which is pretty amazing.

Age group honor roll: RWB’s Maria Huff won the 35-39 with dog in tow. Brie McGrievy took the 40-44 in her first race back from a tough injury suffered at the Silver Fox 5k. Don’t call it a comeback! Pam Griffin was champion of the 50-54. Leeds Barroll, fresh off his blue shoeing of Tracy Tisdale-Williams on Wednesday, took down Pete Poore and claimed the 60-64. Pete took second with Paul Bates 3rd. To Pete’s credit, I hear he’s been a little busy with the Dept of Transportation recently. Alex Ponomarev won the 65-69 by a mere 22 minutes while Brigitte Smith took 2nd. Peter Mugglestone and Rocky Soderberg claimed the top 2 spots in the 70+.