The Race for the Place is now in its 6th year and has become one of the more competitive winter 5ks on the Tour de Columbia. Proceeds go to fund St Lawrence place (the “place” in the title), a local shelter for homeless women with families.

Beyond the obvious good cause, it has been a regular on the Blue Shoes calendar for a) great race direction by Missy Caughman b) numerous photo ops with Cocky and/or local celebs,  c) awesomely flat course, d)  cool painted tile age group awards and e) race shirts you actually want to wear outside of running.  Basically hitting all the major check boxes for getting the Albino Sasquatch seal of approval.

The caveat –  everyone else likes this stuff too. In the past, the race has been an absolute antithesis of a trophy hunt. Just beasts everywhere. The worst example – 2013. I ran one of my better 5ks of all time – a 19 flat, and ended up 5th in age group. Third went to Derek Gomez, who ran an 18:30 something. Unreal.

This year there was a bit of dueling winter-flat-Shandon -rectangles-out-of-St-Joe’s-church races going on, with Run with the Saints a month earlier. RWTS used the same course, but backwards, and courted a lot of local elites. Consequently, RFTP had less of the beast factor this year. I think this might have inspired some Taylor Swift level Bad Blood, but RFTP still ended up with a record crowd, so I guess all is good. Both races are high quality.

I was feeling pretty good after the 19:19 last week, so I was hoping for a similar performance this time around.  It about killed me, but I decided to turn down the double dip opportunity of Brookland Cayce’s Run to the Plate just an hour later. Boston is looming just ahead and I have to slog out these Sunday long runs to at least pretend I can still run a marathon. Double frying the legs with a double dip Saturday is probably not conducive to this plan. I opted to take pics at the BC race instead.

After awesome selfie opportunities with WIS’ Judy Gatson and USC women’s BB coach Dawn Staley, we were off. The first leg of the rectangular course is a nice long slight decline down Bonham. I went out fast but tried to be more controlled this time, figuring right around 6:10 pace would be perfect. Having spent so much pain cave time last week, I was a little hesitant to jump right in and set up camp. Maybe I was fitter and it wouldn’t be so bad this time. Totally delusional. I should know, 300 races under my belt, that 5ks always, always are a world of suck. Ride the pain train the whole way or prepare to be disappointed.  Code apparently smoked some high grade meth before the race because dude is crushing it right off the bat. By the time we reach corner number 1 at Heyward, the master of the portapotty has 20 meters in me already. Damn dude, put down the pipe.  I’ve already got some space a half mile in. Wilson Harvey is on my shoulder and I see Nance up ahead, who has been doing these 5ks as part of his Boston long runs. I can still hear Randy and Sarah talking behind me, which is unusual since they’re both so quiet. I see Shawanna spectating at the mile 1 marker, telling me “just two miles to go”. Killing me, Shana. What really kills me is Mr. Garmin spitting back a 6:22. Damn. Way to go with the pacing, chief.

Twelve seconds is an eternity in a 5k, so I’m already heading into Debbie Downer mode. Plus, the 18 mile trail long run I did on a Monday seems to be still lingering in my legs. Definitely not as fresh as the MGC race. Just over a mile and a half in, we finally round the other end of the rectangle on Queen. Shandon cross streets are always slightly uphill in this direction so starting to hurt some. Wilson decides he’s had enough of the large, smelly wake of the Sasquatch and surges ahead. Code is pretty far up there but Russell and Nance have overtaken him and I can sense he’s fighting off the walksies again. Blood is in the water. I round the turn onto Wheat and hit another disappointing 6:21 for mile 2 near Hand middle. A mile left and a Code to track down – time to fire up the kick. Wheat is nice and flat and I ramp up the pace. Lungs are actually not giving me the beat down as much as the general complaining from my legs from the lactic acid bath they are taking.  Nothing breaks the Code’s spirit more than getting passed by 195 pounds of paleness, so I surge to overtake him just as the course veers over a block to finish on Blossom. The surge about kills me and the lungs start to pick up the complaining slack from the legs.  I’m struggling to keep form, especially when Justin comes back on his cool down. Gotta show the coach the nips-to-hips. Finally the clock comes into view just over 19 minutes. One last gasp to try and break 19:30 but I fall a second short.  19:31 officially, 1st in AG.

Definitely slower than I’d hoped, but I’ll take a first in AG any day, despite the fact that it’s 4th masters. I finished standing up with no melodramatic pavement humping, so I guess that’s a good thing too. Especially for innocent bystanders.

Taking the overall win was Rashad Striggles in a blazing 16:29. Bishop took second in 16:54 with John Charlton 3rd. The ladies race was won by Ivanka Tolan in 20:32, followed by Sarah Allers and Mary Lohman. The masters titles went to Eric Allers in 17:53 and Joyce Welch in 23:35.

Age group honor roll: Parker Roof and Brittany Robbins both easily won the 15-19. Wilson Harvey held off the Sasquatchian kick to take 1st in the 25-29. David Russell won the 30-34 in 19 flat. Nance ran an easy 19:05 to take the 35-39. Eme Crawford finished 2nd among the women. Myself, Code and Michael Jensen completed a TUS/CRC sweep in the 40-44. Jensen crushed a sub 22 for a new PR. Jennifer Glass finished 3rd in the 40-44. Randy held off David Andrews to take the 45-49. Sandra Ricciuto won the 45-49 women. Tracy Meyers and Renee McCormick went 1-3 in the 50-54, while Eliere Tolan won 2nd in the 50-54 men.  Lorand Batten (pulling a kid in a wagon) , double dipping John Gasque and Patrick McCormick took the 55-59 men while Teresa Harrington took 3rd among the women. Sharon Sherbourne won the 60-64 and Alex Ponomarev was the champ of the 65-69. Betty Gregory took 2nd in the 65-69 women. Arnold Floyd, Ron Hagell and Rocky Soderberg placed in a stacked 70+ division. 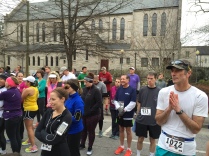 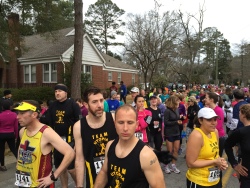 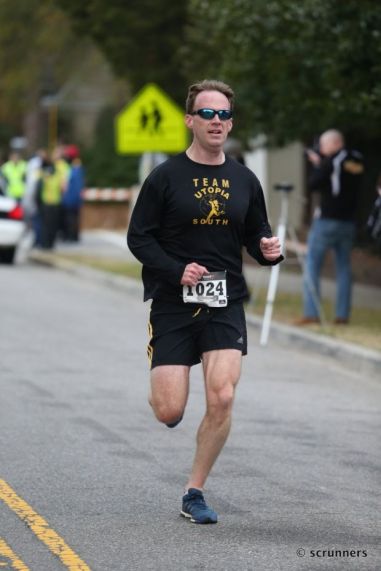 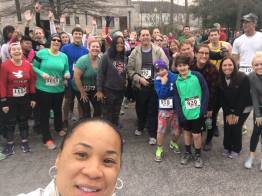